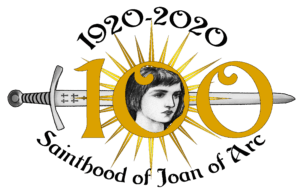 The #StJoan100 Task Force (started by the Joan of Arc Project / Krewe de Jeanne d’Arc) is a community organization coordinating events across the community and throughout the year 2020 in celebration of the 100th anniversary of the canonization of New Orleans’ unofficial patron saint, Joan of Arc.  Here are some projects and events in the works: