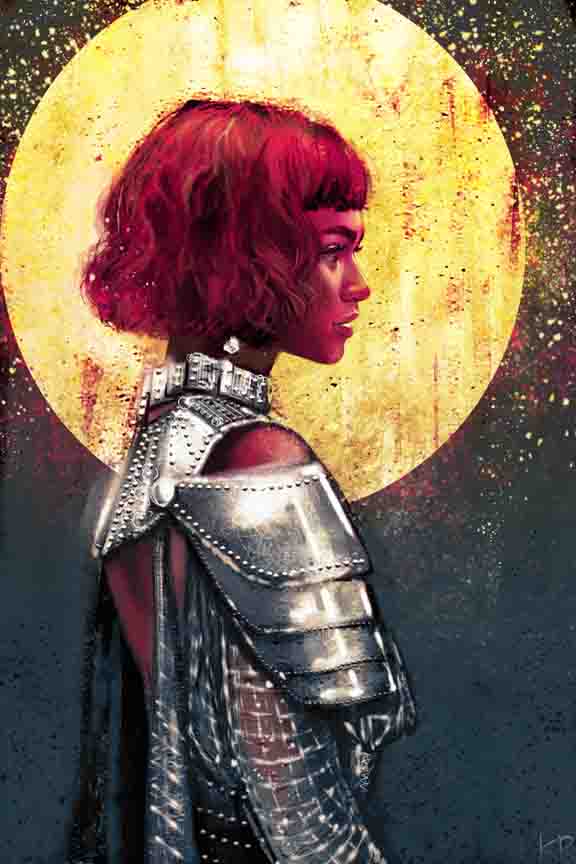 The Salon 2019 poster and other publicity materials for the event feature an original fan art painting (above) by artist Kittrose (Claudia Caranfa, used by permission), of actress Zendaya wearing her Joan-of-Arc-inspired Versace dress for the 2018 Met Gala with a “heavenly bodies” theme. Such medieval influence on popular culture today will be the subject of this year’s Salon keynote address “The Middle Ages in the Popular Imagination” (10:15) and the panel discussion “Pop Middle Ages Live from NOLA” (11:15). The Zendaya/ Versace dress was among several examples of medieval-modern pop culture that also particularly inspired participants in the 2019 costume workshop series at the Jefferson Parish Library taught by co-captain Antoinette de Alteriis, who is also founder of the Gulf Coast International Costumers Guild. Participants from this five-month costume workshop series will be showcasing their work in the Salon’s medieval fashion show at 2:45. Co-captain Amanda Helm did the Salon 2019 poster design based on Kittrose’s painting.