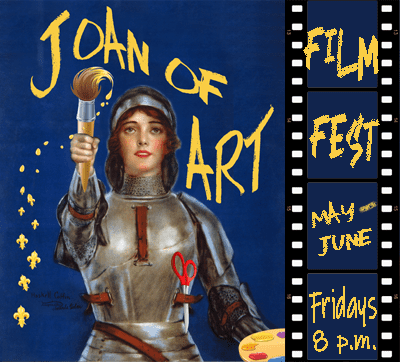 The Joan of Arc Project invites the public to participate in our first Film Festival de Jeanne d’Arc. Each week for six weeks the public is invited to view online, at their leisure, the selected film. Each Friday, starting May 8 and ending June 19, participants are invited to gather virtually in our Zoom meeting at 8 p.m. CT to discuss the featured movie.

The Zoom gatherings will begin at 8 p.m. CT and end at 9 p.m. each Friday. The conversation will be hosted by our leadership team featuring Founder Amy Kirk Duvoisin, Chevalier des Arts et des Lettres and playwright, and Co-Captains Antoinette de Alteriis and Amanda Helm. Special guests will include a selection of creators and commentators.

The movie line-up is accessible through our Krewe de Jeanne d’Arc Library Online Library, a project in conjunction with New Orleans Public Library: Speaking Volumes initiative. Please view the movie in the days prior to the meeting date as you would a book in a book club.

Film Festival LAGNIAPPE: The New Orleans Film Society partnered with us to bring a pay-per-view online screening of the latest Bruno Dumont film, Joan of Arc ($10) and we hosted a discussion of the film July 31.  “Bruno Dumont’s decision to work with a ten-year-old actress re-injects this heroine’s timeless cause and ideology with a modernity that highlights both the tragic female condition and the incredible fervor, strength and freedom women show when shackled by societies and archaic virile orders that belittle and alienate them.” 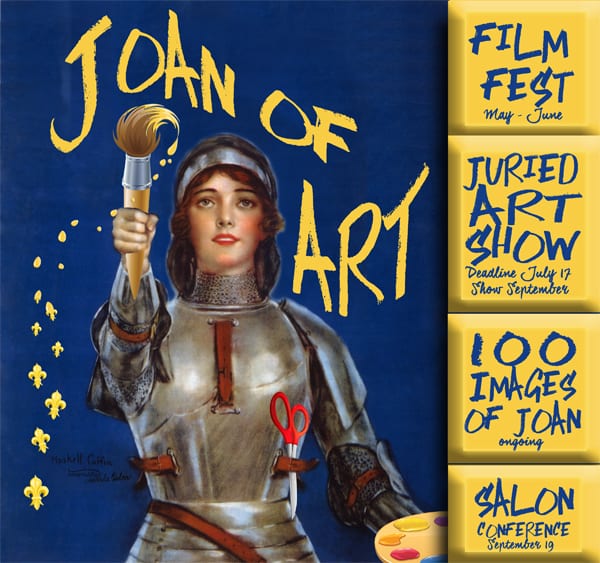